welcome to this blogpost. At various point in our lives we go through so many phases and situations that can’t be dealt with just with our current surrounding. We then have to look to the internet, new experiences (like travel), music, books, people etc. This is very understandable and much than keeping to ourselves which could lead to a mind rot.

A friend of mine (Onyi Gaius) asked me last night to suggest books to read. I’d thought as with many things I have a Saved folder for books on my Instagram. On getting there, I saw just one book – Show Your Work ! – , the ‘sequel’ to a book i have reviewed on my channel,  Austin Kleon’s How To Steal Like An Artist. This book was suggested by a creative I have high regards for on my instagram so I bought it, read it, loved it, reviewed it (watch here) and put on my eBay shop. It sold within 24 hours even with the torn first page.

Shop How To Steal Like An Artist here. (shop) Show Your Work here.

Another amazing book I know has helped me in my dealings with people (work, personal, platonic etc) is Dale Carnegie’s How To Male Friends and Influence People. Watch it’s review in my channel here. (shop it here)

Other books I can recall I’ve read and loved are:- Catherine De Medici (shop here) and Pride and Prejudice (shop here).

In a bid to appropriately satisfy my friend, I’ve gone into my Pinterest boards to share some to-read suggestion book posts I’d saved.

Books that are good or better the second time around

A story about among other things: a girl, some words, an accordionist, a Jewish fist fighter, and quite a lot of thievery. This story is narrated in the all knowing matter of fact voice of Death, witnessing the story of the citizens of Himmel Street. It is a tale of the cruel twists of fate and the coincidences on which all our lives hinge. (shop here)

The Devil In The White City by Erik Larson

Erik Larson-author of #1 bestseller In The Garden of Beasts-intertwines the true tale of the 1893 World’s Fair and the cunning serial killer who used the fair to lure his victims to their death. (shop here)

The Rent Collector by Camron Wright

The Rent Collector is the story of a young mother, Sang Ly, struggling to survive by picking through garbage in Cambodia’s largest municipal dump. Under threat of eviction by an embittered old drunk who is charged with collecting rents from the poor of Stung Meanchey, Sang Ly embarks on a desperate journey to save her ailing son from a life of ignorance and poverty. It’s a tale of discovery and redemption in which she learns that literature, like hope, is found in the most unexpected places. (shop here)

In this powerful novel from the author of the Cork O’Connor mysteries, a boy must leave his childhood behind and confront the dark nature of the adult world and its myriad moral questions: What secrets will destroy us? How do we deal with grief? And what solace is there in the ordinary grace of the world?
(shop here)

Into Thin Air by Jon Krakauer

A bank of clouds was assembling on the not-so-distant horizon, but journalist-mountaineer Jon Krakauer, standing on the summit of Mt. Everest, saw nothing that “suggested that a murderous storm was bearing down.” He was wrong.
(shop here)

All The Light We Cannot See by Anthony Doerr

Marie-Laure lives with her father in Paris near the Museum of Natural History, where he works as the master of its thousands of locks. When she is six, Marie-Laure goes blind and her father builds a perfect miniature of their neighborhood so she can memorize it by touch and navigate her way home. When she is twelve, the Nazis occupy Paris and father and daughter flee to the walled citadel of Saint-Malo, where Marie-Laure’s reclusive great-uncle lives in a tall house by the sea. With them they carry what might be the museum’s most valuable and dangerous jewel. (shop here)

An unforgettable edge of your seat mystery that is at once heartbreakingly tender and morally courageous about what it means to be human. Hailsham seems like a pleasant English boarding school, far from the influences of the city. Its students are well tended and supported, trained in art and literature, and become just the sort of people the world wants them to be. (shop here)

The Red Tent by Anita Diamant

Her name is Dinah. In the Bible, her life is only hinted at in a brief and violent detour within the more familiar chapters of the Book of Genesis that are about her father, Jacob, and his dozen sons. Told in Dinah’s voice, this novel reveals the traditions and turmoils of ancient womanhood the world of the red tent. (shop here)

A Tree Grows In Brooklyn by Betty Smith

The American classic about a young girl’s coming-of-age at the turn of the century. From the moment she entered the world, Francie needed to be made of stern stuff, for the often harsh life of Williamsburg demanded fortitude, precocity, and strength of spirit. Often scorned by neighbors for her family’s erratic and eccentric behavior-such as her father Johnny’s taste for alcohol and Aunt Sissy’s habit of marrying serially without the formality of divorce-no one, least of all Francie, could say that the Nolans’ life lacked drama. (shop here)

The story of the fabulously wealthy Jay Gatsby and his love for the beautiful Daisy Buchanan, of lavish parties on Long Island at a time when The New York Times noted “gin was the national drink and sex the national obsession,” it is an exquisitely crafted tale of America in the 1920s. The Great Gatsby is one of the great classics of twentieth-century literature. (shop here)

Jane Eyre is the story of a small, plain-faced, intelligent, and passionate English orphan. Jane is abused by her aunt and cousin and then attends a harsh charity school. Through it all she remains strong and determinedly refuses to allow a cruel world to crush her independence or her strength of will. (shop here)

The Bell Jar by Sylvia Plath

Sylvia Plath’s shocking, realistic, and intensely emotional novel about a woman falling into the grip of insanity.

The Sweetness At The Bottom Of The Pie by Alan Bradley

The summer of 1950 hasn’t offered up anything out of the ordinary for eleven year old Flavia de Luce:bicycle explorations around the village, keeping tabs on her neighbours, relentless battles with her older sisters, Ophelia and Daphne, and brewing up poisonous concoctions while plotting revenge in their home’s abandoned Victorian chemistry lab, which Flavia has claimed for her own.

But then a series of mysterious events gets Flavia’s attention: A dead bird is found on the doormat, a postage stamp bizarrely pinned to its beak. (shop here)

One Thousand White Women begins with May Dodd’s journey west, into the unknown. Yet the unknown is a far better fate than the life she left behind: committed to an insane asylum by her blueblood family for the crime of loving a man beneath her station, May finds that her only hope of freedom is to participate in a secret government program whereby women from the civilized world become the brides of Cheyenne warriors. (shop here)

Personally, I’ve read just 2 from the list above. The Great Gastby and Jane Eyre. Also visited the Jane Eyre museum in Bath on my birthday 2 years ago. 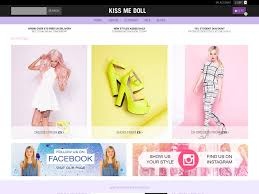 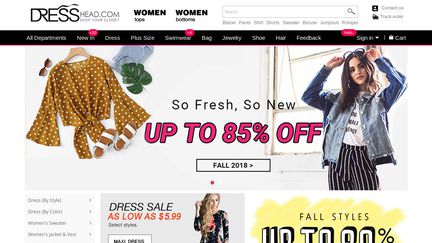